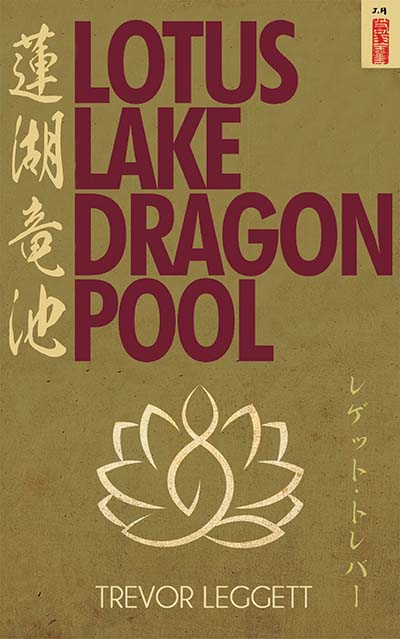 Collected by the author over many years, these stories from the Yoga and Zen traditions are the flint ana steel that strike a spark that lights up the mind with insights that one should ponder daily to bring to light ever deeper meaning.They may be similar in intent to Zen Koans – but they are rather different in content.

In many Zen Koans someone says or does something extraordinarily inappropriate, which catches your attention just because it’s extraordinary but afterwards the light from them has to be applied to daily . life. In contrast, the stories here are often ordinary incidents from ordinary lives (not that there aren’t some extraordinary ones too!) that nevertheless open the mind’s eye to the vast potential for realization and inspiration to be found in daily life. 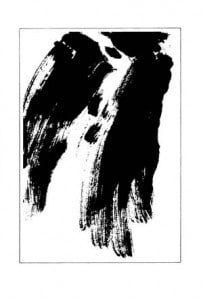 THERE IS a method of reciting certain sutras, or parts of sutras, in which special attention is put on to the sound uttered. The would-be reciter sometimes practices for a time in the open, intoning the sonorous Chinese monosyllables into the wind on the edge of a cliff, or against the roar of a waterfall.

If all goes well, gradually he comes to feel that he is bringing out all his insides with the utterance, and that his voice is penetrating the whole scene before him. It is technically called “reciting the sutra with the whole body.” When he can realize the feeling, he practices to retain it even when he repeats the sutra very softly. He still feels his body one with the sound, and syllables resonating with the universe.

It can take a long time to acquire skill in this practice, and some of those who do might certainly have reason to feel pleased with themselves.

One of the lesser-known sutras is thought to be particularly suited to this practice, and a city businessman, a practitioner of the method, having heard about it, asked his teacher to coach him in it.

He took as his exercise to do one long chapter every evening before retiring. He made this an invariable rule, and was determined never to break it, a vow which he had communicated to the teacher.

One day his company sent him to look at a stretch of remote coastline which they were considering developing as a part of a larger operation. The only human habitation was a village, and he had to stay overnight at the one small inn. He successfully made the inspection for the company, but when he unpacked his night things in the evening, he was horrified to find that by some mischance he had failed to bring his copy of the sutra. He did not know it by heart, and he asked the innkeeper whether he could borrow a copy. But it turned out that the innkeeper did not himself have anything but the usual Lotus Sutra, and the village temple was closed, the priest being away. In confusion, he resolved to telephone the teacher and ask him what to do.There was only one telephone in the little inn, and he had to make the call from the host’s own room. As he sat in a corner, explaining the situation, he noticed that the host was talking to another guest, a handsome intelligent-looking man with an arrogant expression. They went on with their conversation, but obviously they were bound to hear everything he said, and he thought he saw a look of contempt on the face of the guest.

The teacher told him over the telephone, “You must accept this as it has happened; it must have a meaning for you. Now do not attempt your recitation, but instead recall as much as you can of the meaning of the sutra. Do not think of the sounds but of what the World-Honored One meant his listeners to understand.”

“But I have always been reciting this for the sound; my practice will have lost its point. Of course I suppose the meaning is important, but this sutra is very fitted for the repetition by sound: you said so yourself. How could the Buddha want that I should not do it now?”

“Well, when the Buddha first gave this sutra, the listeners went by the meaning. He wasn’t saying it in Chinese. And the Buddha is telling you now that tonight you too should go deeply into the meaning.” ”

‘Deeply into the meaning’? I remember some of it, of course, but I don’t know that I … “and his voice trailed off.

Somewhat crushed, the reciter stammered out his thanks and put the phone down slowly. At the same time he noticed the other guest get up abruptly and go out.

He had his evening meal alone in his room, still trying to think of some way round the difficulty, as he hoped he would not have to follow the teacher’s second-best method. When the maid was taking away the tray, a voice from outside said, “Excuse usmay we come in for a moment?” It was the host and the handsome man.

The latter approached him respectfully with a small book wrapped up in silk. He said, “I hope you will excuse my impertinence, but I could not help overhearing a bit of your conversation on the telephone a little time ago. It so happens that my wife’s sister in the village is a devout reciter of sutras, and it occurred to me that very possibly she might have a copy of the one you want, though I understand from what you said that it is not very widely known. Well, I ventured to go round to ask her, and by great good fortune it turned out that she did have one. I think she may have been a little surprised to hear me asking about it, but I explained your position, and she was most sympathetic. She is very willing to lend it to you for the evening; please just leave it with my good friend the host when you depart early tomorrow, as I suppose you will have to do. She says you are not to feel any sense of obligation; as a fellow devotee, she is honored to have the opportunity of offering a little help.”

The businessman was overwhelmed with gratitude, and thanked him profusely.

The kindly guest then took his leave. As he went out he turned and looked at the devotee with a curious expression, which the latter could not interpret.

The host stayed behind to make sure that the man from the city had everything he needed. After confirming that all was satisfactory, he remarked, “It was most unexpected that he should go to all that trouble to find and bring you that sutra. He always says that Buddhism tends to make people lazy. In fact he is a fanatical opponent of Buddhism; his nickname is Yasha (devil). And he lives up to it, as far as Buddhism is concerned. He’s dead against sutra-reading or anything like that. At least, that’s what everyone thought. But perhaps that was wrong, at any rate in this case.”

“Yes, he’s certainly been an angel to me,” remarked the city man.

“Well, I’m very glad. As a fellow member of our village, I’m proud that he wanted to show our hospitality regardless of personal beliefs,” smiled the host, as he said good night and went out.

The devotee carefully unwrapped the copy of the sutra and placed it before him. But he found that he could not get out of his head what the teacher had said about the Buddha wanting him to go deeply into the meaning of the sutra instead of reciting it, and mixed up with that came the vision of the strange look which the benefactor had given at the end. He found that he could interpret that look now. It had been a look of triumph. This had been no kindly impulse, but a devil looking with satisfaction on something accomplished.

“Why has the devil brought me this sutra? Why is the yasha so pleased with what he has done?” Slowly he realized it all. That restless, intelligent mind had seen through his own selfsatisfaction at his ability to recite the sutra, and had seen that the occasion was indeed an opportunity to become humble again, and tum to the meaning of the sutra. The devil had not wanted that, so he had sought for and found a copy of the sutra to feed the pride of an expert reciter.

The devotee quietly wrapped up the sutra in the silk, bowed to it with deep reverence, and then turned himself to its meaning. He found the sutra coming to life in his own heart.